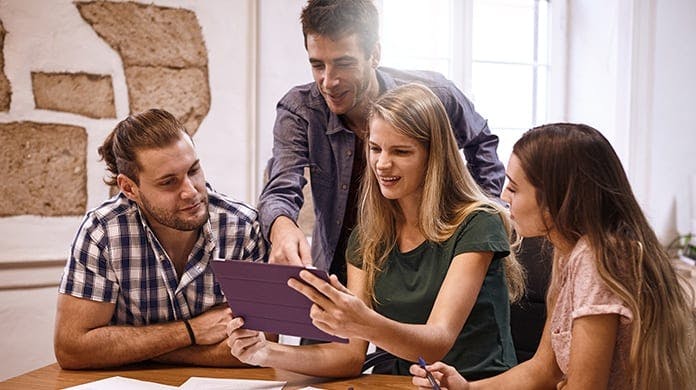 SAN CARLOS, Calif., December 13, 2016 -- A recent survey with American Cinematographer, the publication of the American Society of Cinematographers, reveals the film industry is struggling to balance the competing priorities of making better films but with less money. According to the survey conducted by Bluescape, 66% of respondents pointed to shrinking film budgets as the top issue affecting the film industry.

Other top challenges for filmmakers include limited bandwidth and the need to be in more than one place at a time (33%) and difficulty keeping teams focused on the overall creative vision (28%).

While both process and communication appear to be at the heart of the filmmakers’ issues, most still rely on the same decades-old collaboration and communication tools and approaches. Eighty-six percent of respondents cited email as the primary vehicle for collaboration, with physical meetings coming in second at 60%. These results indicate that there is a very real need among filmmakers for new collaboration technologies to support the development of quality films that can be produced most cost effectively.

“In talking with filmmakers every day, we know the trend towards shrinking budgets is not new in the film industry, or any other for that matter, but it is becoming more pronounced because of heightened competition from newer forms of entertainment media,” said Scott Poulton, CEO of Bluescape, the makers of a visual collaboration platform used by leading filmmakers. “The pressure to increase output and performance in the film industry is reaching a breaking point where the process of moviemaking has to be reinvented with not only new technologies but also a mindset open to change.”

Bluescape is a visual collaboration platform that enables filmmakers to storyboard, collaborate, and evolve hundreds of pre-production movie frames all in one place, resulting in better films delivered faster. The platform is used by some of the most award-winning creative and design teams in the entertainment industry. Bluescape is also a member of the Entertainment Technology Center at the University of Southern California ([email protected]), enabling all members of this renowned think tank to explore the latest in visual collaboration technology in the course of their work.

The ASC-member survey was commissioned by Bluescape and conducted online between October 20-November 15, 2016, with more than 460 total respondents.

About Bluescape Bluescape helps companies create better products faster. Its visual collaboration platform lets teams see the whole picture as they ideate, design, refine, and develop in an interactive workspace that’s scalable, all-capturing, and accessible from any device. Founded in 2012, Bluescape is a wholly owned subsidiary of Haworth. The company is headquartered in San Carlos, California. Visit bluescape.com.