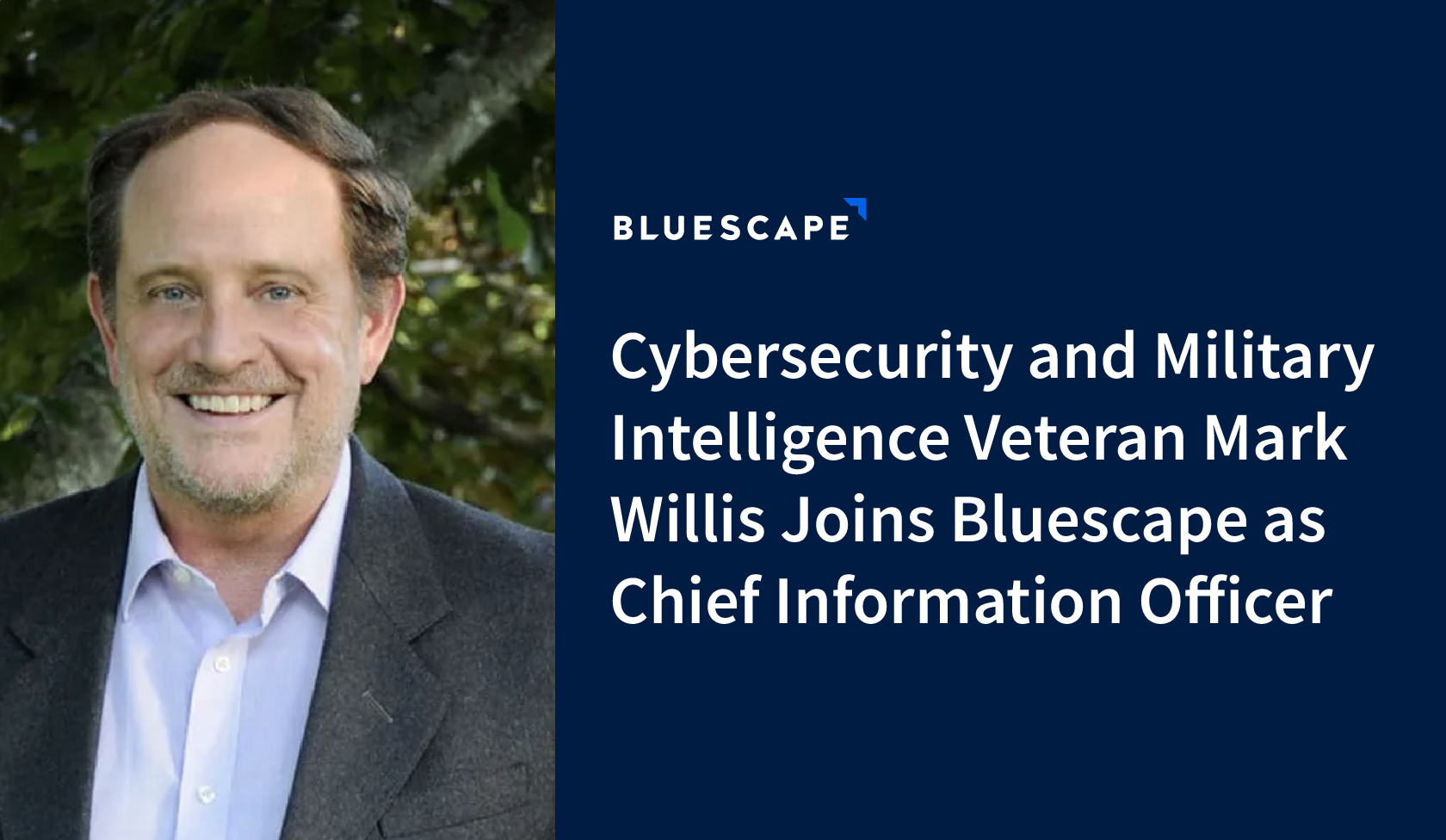 Infosec leader is focused on building advanced security initiatives at Bluescape through its people, products and customers

“At Bluescape, we’ve always believed in “security first” as one of our core principles,” said Peter Jackson, CEO of Bluescape. “We’re pleased to have Mark here for he’s a seasoned executive bringing deep enterprise and military infosec expertise. His leadership will extend our business into new markets, and drive our security initiatives further to keep our company, solutions and customers secure.”

Prior to his position at CVS/Aetna, Willis spent nearly a decade at Northrop Grumman as a senior software engineer responsible for the government contractor’s security-related efforts to serving as the IT liaison between the US Army INSCOM and NSA Personnel Divisions. Before that, he served in the United States Army as a counterintelligence special agent, stationed both at home in the U.S. and abroad in Haiti and Bosnia.

Bluescape has long been acknowledged for its stringent security mechanisms by several branches of the U.S. military which have deployed Bluescape for real-time situational awareness and strategic planning.

"The best way to ensure security within a product and across company operations is to make it as simple and frictionless as possible to the user or employee. The more hoops they have to jump through, the greater the security risk,” commented Mark Willis. “As a former developer, this starts with developers, engineers, and managers working together as a team toward a singular goal, and I look forward to bringing that philosophy to Bluescape and its products.”

Bluescape® transforms the way teams work for enhanced creative and productive experiences. Its visual collaboration platform enables people to easily work, meet and share multiple applications, documents and web content in a secure, digital visual container (DVC). For the first time, people can work and update content in meetings, bring in their preferred applications to streamline and automate tasks, and see entire projects and content across a persistent timeline. Bluescape is an open SaaS platform that integrates with leading UC systems, communications, content management and collaboration applications. It’s accessible from anywhere on large format touch screen displays, laptops and mobile devices. The company was founded in 2012 and is a wholly owned subsidiary of Haworth. Bluescape is based in San Carlos, CA. Visit Bluescape and follow us on Twitter, LinkedIn or Facebook.