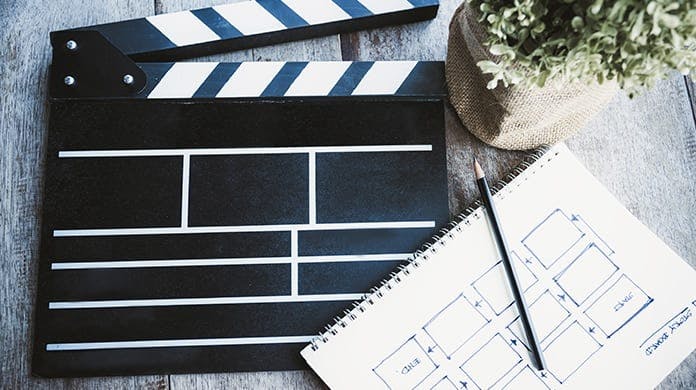 SAN CARLOS, Calif., October 24, 2016 -- Bluescape, an innovator in visual collaboration software, announced its participation in the annual Society of Motion Picture and Television Engineers (SMPTE) Technical Conference & Exhibition in Hollywood, Calif. October 25 through 27, 2016. The company will showcase its cloud-based software (booth #24), which accelerates the filmmaking design process by enabling filmmakers to ideate, collaborate, and develop film concepts and creative assets faster and more easily. "Bluescape's work with some of the most influential filmmakers in the industry has fueled our passion for the business," said Nick Brown, Bluescape vice president of product and marketing. "We look forward to introducing our revolutionary platform to even more industry professionals at this year's conference so they can learn the advantages of the technology to streamline their filmmaking process." As a cloud-native interactive workspace with an intuitive interface, Bluescape is the only platform that enables filmmakers to storyboard, collaborate, and evolve hundreds of pre-production movie frames all in one place, resulting in better films delivered faster. The platform is used by some of the most award-winning creative and design teams in the entertainment industry. Bluescape will showcase its software during the high-tech exhibition at the three-day SMPTE Technical Conference & Exhibition. For the past 100 years, SMPTE has sorted out the details of many significant advances in entertainment technology, from the introduction of "talkies" and color television to HD and UHD TV. Since its founding in 1916, the Society has earned an Oscar® and multiple Emmy® Awards for its work in advancing moving-imagery education and engineering across the communications, technology, media, and entertainment industries. The annual SMPTE Technical Conference and Exhibition brings together leaders and innovators in the filmmaking world to showcase what's around the corner in technology for filmmaking. SMPTE corporate members include Lucasfilm Ltd, Apple Inc, Google, Disney/ABC/ESPN, Amazon, and Paramount Pictures. Building on its experience in helping filmmakers, Bluescape is a member of the Entertainment Technology Center at the University of Southern California ([email protected]). Part of the USC School of Cinematic Arts and founded by George Lucas, the [email protected] is a think-tank research center that brings together senior executives, innovators, thought leaders, and catalysts from media & entertainment to advance state of the art film design, development, collaboration, and creation. Bluescape enables all members of this renowned think tank to employ the latest in visual collaboration technology during the course of their work. Bluescape will showcase its software at the SMPTE Technical Conference & Exhibition at the Loews Hollywood Hotel at booth No. 24 October 25 through 27. For tickets and additional information, please visit SMPTE 2016. About Bluescape Bluescape helps companies create better products faster. Its visual collaboration platform lets teams see the whole picture as they ideate, design, refine, and develop in an interactive workspace that's scalable, all-capturing, and accessible from any device. Founded in 2012, Bluescape is a wholly owned subsidiary of Haworth. The company is headquartered in San Carlos, California. Visit bluescape.com. Media Contact Sue Parente [email protected] 781-642-7788