For many of us, video meetings have become like driving or showering: so routine and unremarkable, you don’t even think about them.

When you do think about them, you might be reminded just how odd it is to meet this way. Participants stare passively at their screens in a there-but-not-there dreamlike state. No one interacts except to occasionally talk over each other. And then there’s the “off camera” button—a magic trick that allows people to disappear from the meeting completely.

It’s a strange environment and the perfect creative sandbox for a team of animators to explore what’s really going on behind the screens of video meetings. Meet the wildly talented team behind “The Mystery of Meetings” below.

About “The Mystery of Meetings”

The assignment was based on the core mystery of all video meetings: since you’re not in the same room as your team, you never really know what they’re thinking, what’s going on around them, or how they’re absorbing what you’re saying. That core mystery was the prompt given to the animators for them to interpret in their own way.

The short was created by a team from the award-winning animation production company Titmouse, led by animation director Matt Taylor. They used Bluescape to collaborate while working from California, Oregon, Texas, New York, and Estonia.

We sat down with the animators to talk about what inspired their contributions to the piece as well as their experiences working as a fully remote animation team.

Matt directed the award-winning Rick and Morty: Exquisite Corpse, which involved 22 artists and masterfully weaved together their original shorts. His additional credits include Metalocalypse, Moonbeam City, and Fairfax.

“My animation was definitely inspired by true events,” laughed Matt, who created the oddly lovable monotone host of the meeting, Martin. “I was in a meeting once where someone had no idea that gallery view existed, and when he finally found it, the whole meeting devolved into this big conversation about gallery view.

“The intent of this piece is to not criticize video conferencing technology but instead tap into the personal point of view of the user to showcase the mystery of what they’re really thinking and feeling during a typical boring video call.

“It was interesting to see where the project started and how it finished. Seeing everyone’s animations evolve led to new ideas.”

“The way it ends and how everyone’s sequences turned out couldn’t be predicted at the start of the project. It was interesting to see how the project grew over time in our workspace.”

Mari Jaye has created traditional, VR, and 360-animated works that have screened in festivals worldwide including Annecy, Animaze, and SIGGRAPH Asia. She recently directed and animated on Nickelodeon’s first hand-drawn SpongeBob SquarePants 360 video.

“For my segment, I wanted to capture the adventure of trying to sneak a snack during a video call and how it can become the most exciting thing to happen in a string of hours in front of the computer.”

“Because of the segment time limit, I figured the adventure could be held inside the donut that ultimately gets eaten. I went for a Mission: Impossible-esque action sequence and had a lot of fun trying to figure out how someone might parkour their way to the top of a donut. Hopefully, others can relate to the lengths I’d go in my mind for the ability to get out of my seat for something to eat.”

“I got inspired by the glitches which often happen during video calls,” said Sander. “There’s a certain beauty in them. In computer art, glitches might be the closest thing to an artistic flaw, similar to a fingerprint on a sculpture, or a slightly missed stroke on a canvas.”

“My goal was to merge the analog and digital worlds by first animating the piece digitally, glitching it up, and then tracing it frame by frame with a pencil on paper.”

On the other hand, it’s also inspired by the everyday ordeal of keeping everything up to date, remembering where I added the letter “@” in my password, searching for that “final_final_new(1)” file, telling the computer to be faster, turning it off and on again, and connecting the right cable to the correct port.”

Dante directed the Titmouse mini-series Pandemica for The ONE Campaign, which won a Webby Award in the “People’s Voice Winner” category for Public Service and Activism. He was also on the animation team for Jay-Z’s “The Story of OJ” music video, which went on to win many awards.

“For this short, I wanted to incorporate as many of my personal inspirations as possible.”

“The inclusion of a giant pug was always a must because I love dogs in general, but especially pugs! I daydream a lot about owning one. I also love the classic cartoons from my childhood, especially the Nicktoon Rocko’s Modern Life. I drew some inspiration for that in my art style. Additionally, my favorite color is navy blue, and I also like blueberries. This is eventually how I came up with the idea of giving myself a blueberry head.”

“Usually in animation, each artist must conform to the project and the creative direction of its leaders,” said Otto. “You end up mimicking someone else’s style and voice. Projects like this that allow unique individual expression are always a privilege. I use the opportunity to challenge myself to take little steps outside of my comfort zone.”

“The color combination and the animation technique in my segment are a way for me to captivate and surprise the audience.”

“Animation can be a high wire act; the animators are acrobats jumping, twisting, swirling, tumbling, and hoping to entertain from point A to point B.”

Jeremy’s previous work includes showrunning a series of seven music videos for an EDM/Hip Hop duo called AREA21, and episodic directing on a variety of  TV streaming projects such as Thundercats Roar and Centaurworld.

“Since we were prompted to make our avatars, it was easy for everyone to make a character to represent themselves as well as their own style of daydreaming.”

“I have ADHD,” said Jeremy, “so sitting still and paying attention during nonsensical meetings is a torturous affair.“With that in mind, it made a lot of sense for me to have my character falling asleep and then getting so hyped on coffee that they blast off into outer space. Since the American flag is one of the few objects on the moon, I thought it would be funny if my character lands there, as a flag, and then alphas the other flag for no reason. I also love coffee, dinosaurs, and comfortable workspaces, so this was just a lot of fun to make.”

Learn More About “The Mystery of Meetings”

Want to get a closer look into the creation of “The Mystery of Meetings?” Sign up for our round table with the animators and producer of the short!

More: Behind "The Mystery" 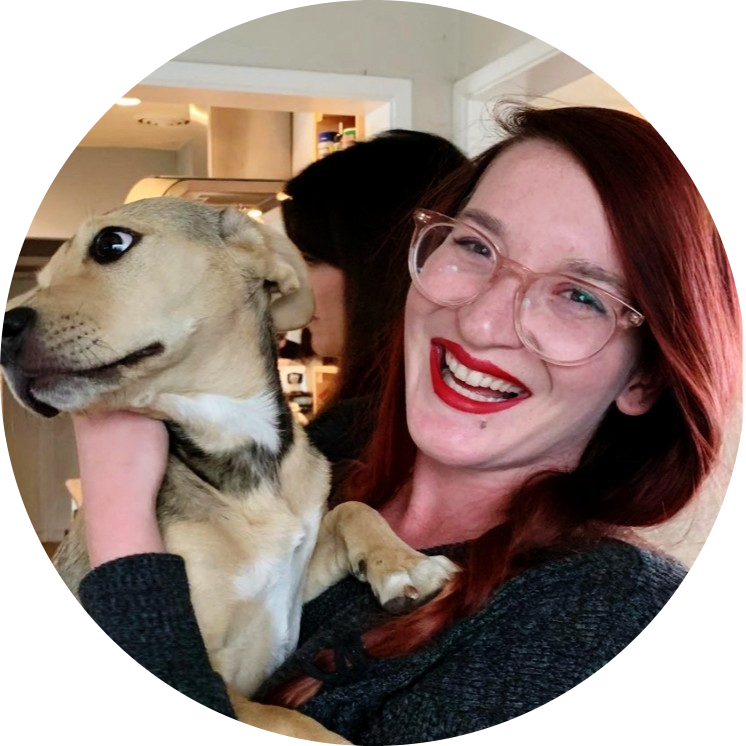