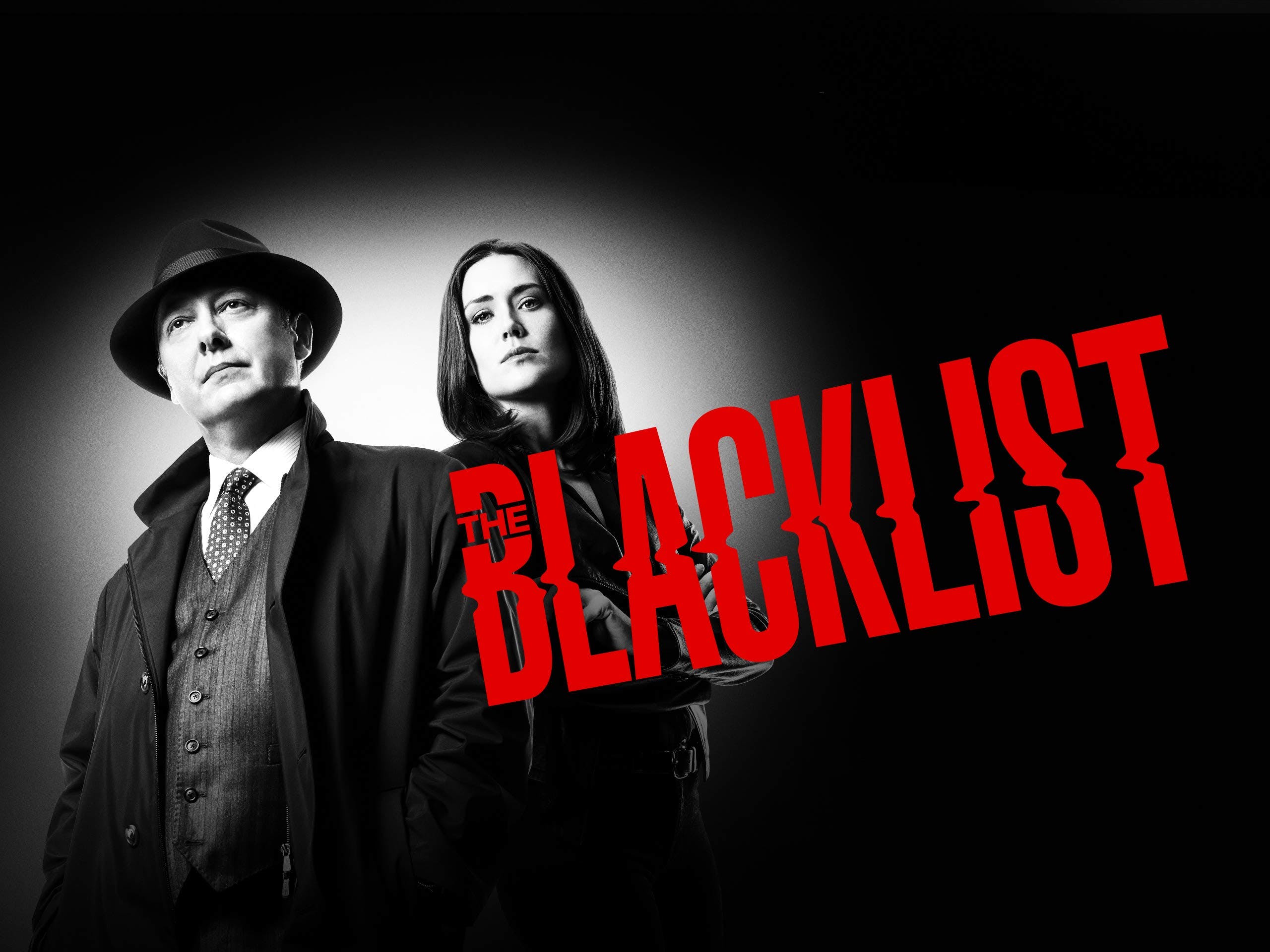 How The Blacklist Creates a Digital Writers’ Room with Bluescape

Created by Jon Bokenkamp, The Blacklist is an NBC crime thriller about ex-government agent Raymond “Red” Reddington (James Spader), who had once been one of the world’s most wanted fugitives. In exchange for immunity from his past, he agrees to team with the agency alongside rookie FBI profiler Elizabeth Keen (Megan Boone) to catch a “blacklist” of mobsters, spies, and international terrorists.

“When I was a feature writer, I could work in isolation,” said Jon Bokenkamp, Creator and Executive Producer of The Blacklist. “Writing for TV is different; it’s a highly collaborative process that requires being in the room with my team – especially when we’re trying to turn ideas into storylines. There are so many moving parts, we need to be able to sit down, bounce ideas off one another, and chip away until we get to the spine of the story.”

After Bokenkamp decided to leave his team in California and move back to his home state of Nebraska, he quickly realized that video conferencing wasn’t going to cut it. He needed a solution that would enable him not only to see his team but also the developing pieces of the story.

“That’s when I found Bluescape. Bluescape is the next best thing to being there in person; it puts me ‘in the room’ in a way that lets me see and understand the tone of what’s happening and how ideas are received. It also lets me interact in real-time as the story takes shape.”

- Jon Bokenkamp, Creator and Executive Producer of The Blacklist

Bluescape helps Bokenkamp and his team improve the overall storyline process – even when they’re spread across the country. “In the past, we’d break stories on a whiteboard: writing, erasing, rewriting entire blocks of text that would then need to be transcribed and converted into a detailed outline,” he said. “With Bluescape, we’ve become much more streamlined.” 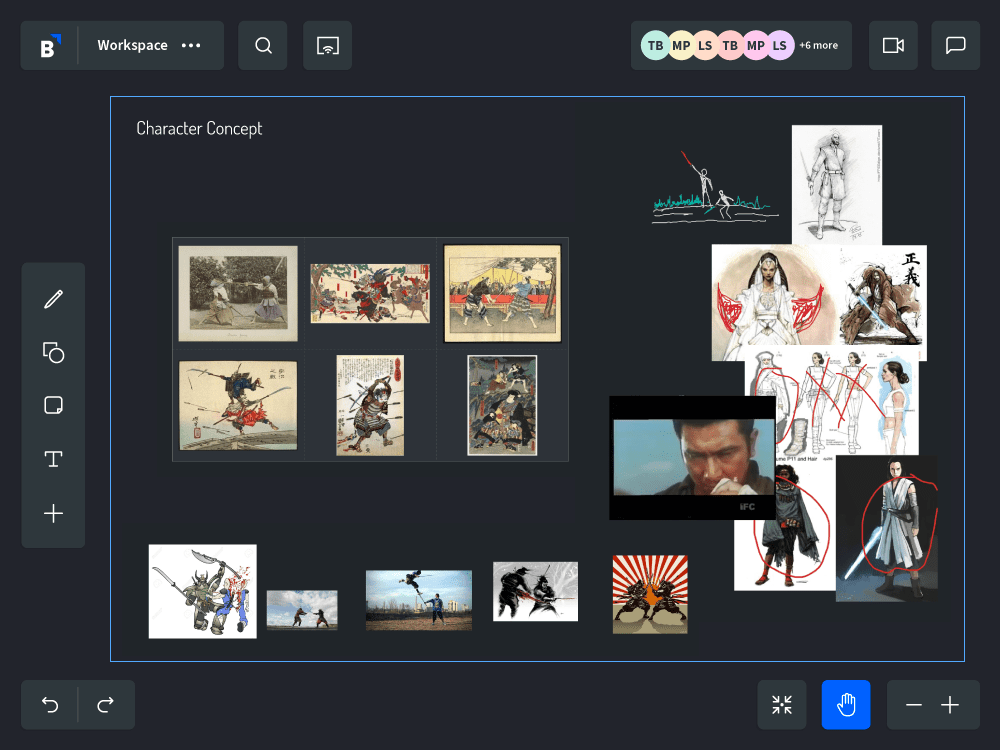 Above: Like The Blacklist team, the creators of Shōgun use Bluescape to bring their characters and stories to life.

The Blacklist writing team uses Bluescape to create and organize notecards that map to the series’ six-act structure. Rather than relying on a static whiteboard, the team can now write, update, and arrange these notecards in real-time in their digital workspace as they develop the storyline. Remote production is no longer a daunting feat.

“Imagine the difference between writing a six-act story on a whiteboard versus using a flexible and infinite Bluescape canvas,” said Bokenkamp. “We’re able to complete the outline writing process with almost perfunctory efficiency.”

Additionally, Bluescape helps the team create color-coded templates to track the multitude of characters and storylines.

“It seems simple, but the use of color to distinguish the main story from subplots is incredibly useful. It was especially helpful in keeping the latter alive throughout an entire episode.”

A self-described Luddite, Bokenkamp admitted that the idea of learning how to use a new software was daunting. However, he found it mercifully easy to get up and running with Bluescape.

“More than anything, it was a culture change for my team,” he added. “The black marker and whiteboard are staples of any writer’s room. Letting go of that tradition was more difficult than learning how to use the Bluescape technology."

"If you can tweet or login to social media, you can quickly ramp up in Bluescape.” 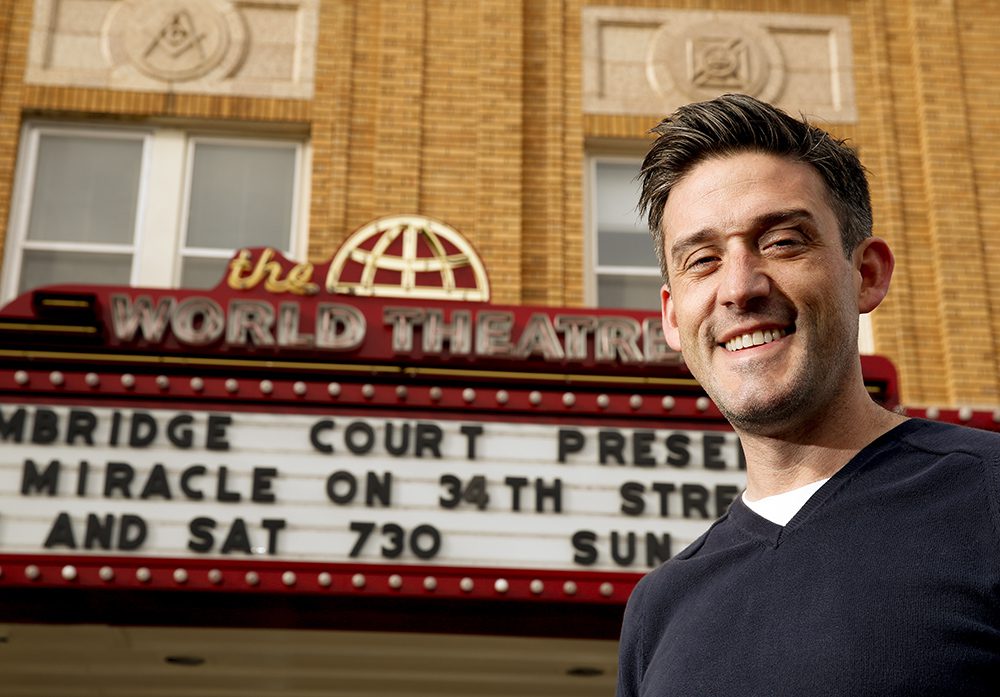 The Future of Screenwriting

With a plot-heavy series like The Blacklist, storylines can be tricky to track. Bluescape’s infinite workspace and online whiteboard let the writers easily revisit a season’s earlier episodes to jog their memories on the origins of the various storylines and better map out the significant plot moves for future episodes.

“Bluescape is really the next wave of the screenwriting process.”

- Jon Bokenkamp, Creator and Executive Producer of The Blacklist

“As plotlines shift, it’s helpful to be able to look backward and forwards,” explains Bokenkamp. “By the time you get halfway through a season’s run of 22 episodes, it can be tough to remember what happened in episode two and how it affected episode five. Bluescape not only gives us that global picture but also allows us to manipulate it.”

One of Bokenkamp’s favorite features is the ability to write directly on the screen. He likens it to a football coach scribbling x’s and o’s to diagram plays and model different scenarios. It’s all about options and “if this/then that.”

With Bluescape, Bokenkamp and the team can visualize, reference, or adjust half a dozen different stories whenever and from wherever.

“The biggest benefit of Bluescape is speed. In terms of how we move in the room and how quickly we turn what’s on the board into an outline, it’s helped make us much more efficient as a team. Bluescape is really the next wave of the screenwriting process.”